It will be built by distinguished developer SDB Singapore, Selangor Dredging Berhad (SDB).

Known to the 1950s and 1990s generation as Kickapoo Building, or Sinalco Building, the site is a unique opportunity to bring out the heritage and significance of conservation and national heritage.

The development will consist of smaller investor-grade units from 1br to bigger family-sized units. The final information will be released on approved by the relevant government authorities.

One of the unique characteristics and style of Jui Residences would be the conservation of the National Aerated Company Building. In a statement to The Straits Times on Thursday (Dec 15), a URA spokesman said: “We recognise the architectural and heritage value of the National Aerated Water Company’s building and its role as a landmark in the area.”This is a private property, and we will engage the building owner to explore the possibility of conserving the building.” 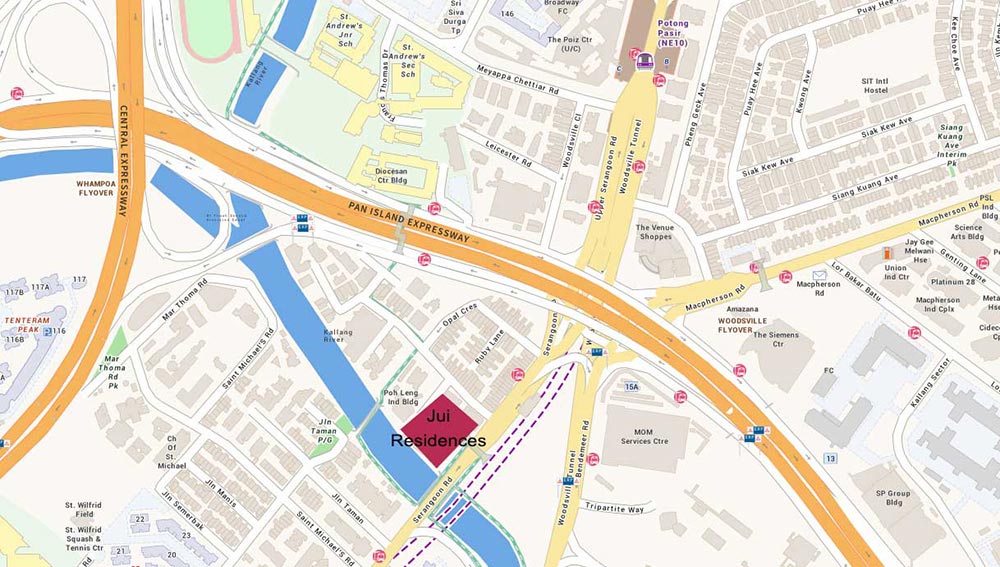 Some of the named highlights are as follows, which make Jui Residences a piece of investment-worthy property:

Many bids have been received for this rare freehold development and Selangor Dredging Berhad (SDB) managed to secure Jui Residences Land Sales Price at S$47 million. On top of that, another $22.6 million in additional to the land bid price is payable to the government to made changes to the zoning of the land to residential development from previous industrial status.

For those interested, the showflat will be along 1177 Serangoon Road.

You can also read more on the prices and details of Jui Residences.